Adventures in Veganism: Or, Why is there heroin in my cheese?

It’s been three days since I officially made the switch. Honestly, it hasn’t been as hard as I thought it would be. I think I built it up in my mind to be this big thing, this “oh, I could NEVER do THAT!” sort of obstacle. In actuality, it’s a lot simpler than I thought. I think it helps that I’ve spent about 4 months preparing. I’ve been reading books, watching documentaries, and researching food options and recipes since then. I knew that, if I didn’t, stepping into this world was going to be like stepping into the eye of a tornado, and everything was going to be so overwhelming I’d lose all hope.
So, how do I feel? Well, I’m not going to lie. The first day and a half, I had a horrible headache. Probably due to a lack of caffeine and refined sugar, I’m guessing. High fructose corn syrup is in darn near everything! Also, did you know that dairy can actually be addictive? No, really. Completely addictive in the very literal sense. 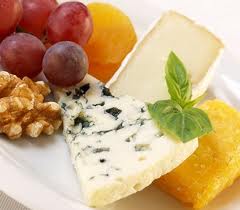 Mother Nature has a sense of humor, yes she does. Pretty much everyone can tell you that opiates come from poppy seeds (which is why, before you take a drug test, they ask if you’ve had a poppyseed muffin for breakfast. BUT! Did you also know that the enzyme that produces opiates is also found in COW LIVERS? That’s right. Traces of morphine passes from the cow’s liver into the blood stream, and also wind up in the casein, the protein that makes up the majority of every dairy product. In cheese, it’s especially concentrated, since the cheesemaking process takes out the water, lactose and whey, leaving behind casein. The dairy industry KNOWS this, too, and has even built it into their market strategy to “Trigger the Craving”. Ever just really NEEDED that Cheese Lover’s Stuffed Crust Pizza? Yup. That’s the addiction talking. Absolutely had to have that cheesy dipping sauce for your nachos? It’s your body’s response to the casein you’ve been ingesting. Crazy stuff, right? Here’s a few articles you might like on the subject:
What Is Casein?
Casein and Cheese More Addictive than Chocolate?
Why Are You Addicted to Cheese? 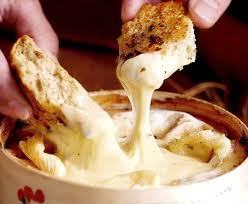 I’m definitely on dairy detox mode, which explains why my fridge currently has 3 types of vegan cheese in it. I’m trying to trick my system. For the most part, it seems to be working, and I’m keeping my food cravings at bay. Or, at least filling them with an acceptable substitute.
Apart from the headaches, which are entirely gone today, I’ve felt great. I have a ton of energy, which is odd, because I’ve been cutting WAAAY back on the amount of caffeine I’ve been consuming. Soda’s a thing of the past, as are expensive coffee drinks from the coffee shop. Instead, I have one, small cup a day (as opposed to multiple thermoses full) , and I’m substituting agave nectar for the sugar. Also, weird thing, I’m not hungry. I have to remind myself to eat regularly. Maybe it’s because I’m eating real food, and not just junk and artificial fillers? I don’t know. But, it’s actually been pretty simple to maintain my lifestyle change because I’m not so desperately hungry that I’m willing to consume everything in my path. 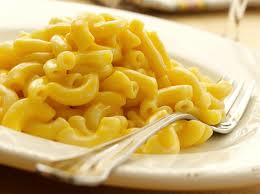 The big question on everyone’s mind is, what the hell do you EAT as a vegan? The answer is, surprisingly, anything I want. No, really. Anything. The world has changed a lot, especially in recent years. For every average food out there, someone has come up with an environmentally healthy substitute. I’ve found a vegan butter that I’m absolutely in love with, (Earth Balance), a cheese replacement that actually melts like real cheddar and tastes like it, too (Soy Sation), and an entire world of meat replacement products (Morningstar Farms, Boca Burgers) that cook up and taste (almost) like the real thing. Instead of ice cream and pizza rolls, my freezer is filled with vegetables and soy meats. Breakfast on-the-go is a multigrain cereal bar by Larabar or Barbara’s), my coffee is sweetened with Agave Nectar and mint chocolate soy milk. For moments that I’m too lazy to cook, I’ve even found an entire line of freezer meals by Kashi which are vegan, and delicious. Today, I’m having sweet potato, butternut squash and eggplant lasagna.  Last night I had cappelini pomodoro (pasta with tomato, basil, garlic, and olive oil, topped with a bit of soy cheese) Tomorrow, I’m making tacos. See? Definitely more than salad and celery sticks.